James, I do apologize for forgetting about you so to make up for that, I've decided that I'll do your Secret Santa. I've decided to use your What If They Remade series but with the Disney spin.   For those of you that know me, Dumbo is my all time favorite movie and it does not and most likely will never get a remake but if it were to get one, here are my thoughts on it. Let's start. Now for my version, I'll be focusing on the characters and also three of the songs 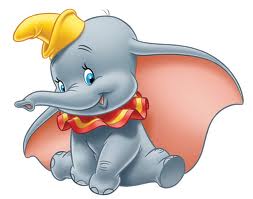 Okay to start off,  Dumbo should not talk in this remake at all.  Because part of the reason that Dumbo is so charming and adorable is that he expressed all of his emotions through body language and it also makes sense considering that he is just a baby and has not learned how to talk yet.  Plus we all remember what happened when he did talk. Having Dumbo talk would miss the point of this character entirely in my opinion. 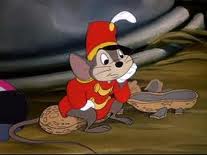 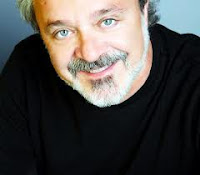 Now for our first character that talks, Timothy Q. Mouse who is also my favorite character from this film when I came up with this idea, I instantly pictured Jim Cummings in the role of Timothy Q. Mouse.  He's proven that he can do many different voices from Pooh to Tigger to Pete and when imagining him as Timothy, I hear a softer version of his Pete voice fitting the character of Timothy like a glove.  I just think he'd knock it out of the park in this role. Also let's not forget that Cummings' first role was on Dumbo's Circus playing Lionel who was basically the Timothy stand-in. So, why not have him play Timothy. 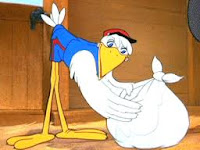 Yeah, I know I already cast Cummings as Timothy but Cummings who also plays Pooh here would be taking over another role from the great voice actor, Sterling Holloway and I'd like to see how he would Mr. Stork.  I feel that he'd bring the right amount of silliness and fun to the character. Here, I almost hear a version of his Pooh Bear voice for Mr. Stork. 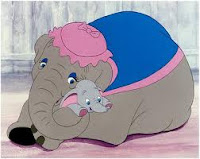 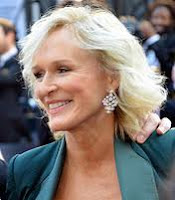 I'll admit that this casting choice came from how well, Glenn Close played Kala, another great Disney mom.  I think Glenn Close would be perfect to bring that same warmth and  caring to this role.   I'd love to hear her take on this classic Disney mom, she's already played one great one.  And I think she'd be excellent here. 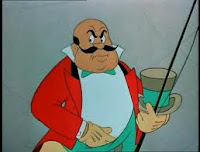 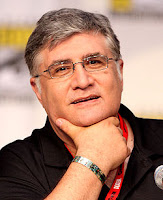 Best known for Pinky and The Brain, Maurice LaMarche has done many voices including Mortimer Mouse but for The Ringmaster from Dumbo, I could picture him doing a version of his Orson Welles impression and  it being perfect for this character.  Honestly, when looking at the picture of The Ringmaster there, I can hear that voice.  It'd be perfect. 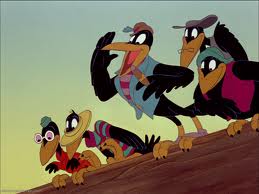 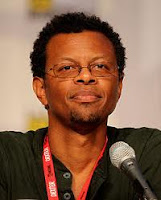 I'll be completely honest here and say that The Crows were the hardest characters to cast but one name that I always had in mind was Phil LaMarr, who I came to know through DC animated series such as Static Shock. I just think, he'd be great and a lot of fun. I could see him doing very well here. What type of voice would he use, I don't know. The other actor that immediately came to mind was Keith David. I could easily picture Keith David in the role of the leader of The Crows with his suave voice.  I imagine, he'd make The Crow sound really cool and much more sophisticated then he actually is.

All right I said that I was going to look at the songs, well at least two of them. Let's start with an easy one. 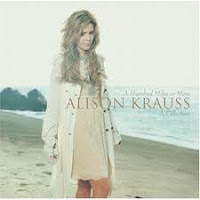 Starting with an easy one, here Baby Mine, I'd say Disney would be smart to just use this one or get Allison Krauss back to record it as it's perfect and while no one can top the original, this is a mighty fine cover of the song. That I think would work perfectly for this film. 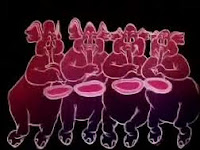 fun is an awesome band and I could easily see them do a take on Pink Elephants and make it a lot of fun (pun intended).  Now I've only heard two songs from them, We Are Young and Some Nights but I think they are the type of band that could perfectly capture the spooky vibe to this song while making it their own.


When I See An Elephant Fly - Keith David

I  already cast him in that role, so why not?  If his stint as Facilier proved anything, this man can sing a rousing number.  Of course, the difference here is that while in that film, he was a villain, he'd be playing a supporting character and he might have to tone it down a bit but not too much because I could see a variation of Facilier's voice working somewhat.

So there you have it, my idea for a Dumbo remake.  Again, not that I think this will ever happen but I wanted to give What If The Remade, the Disney treatment.  James, I hoped that you've enjoyed this Disney version of What If They Remade?  To close out, Merry Christmas, Happy Holidays.  Etc, Etc, Etc... 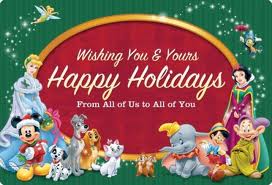